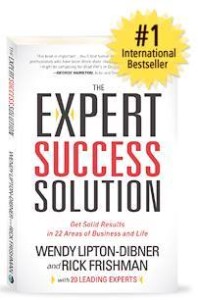 This is an excerpt from The Expert Success Solution, the new #1 International Bestseller written by 22 experts who collaborated to bring the reader short, actionable solutions to some of life’s most common problems. Available on Amazon and 1800CEOREAD.COM

In 2009, my business partnership blew up, scattering debris like trash in a tornado and polluting every part of my life—family, health, money, friendship, self-worth, security, happiness, ego and ultimately the business itself.

What I had thought was the best partnership since Rogers and Hammerstein turned into the worst of Sonny and Cher without the romance.

During the ensuing legal, financial and emotional sh*tstorm, I had plenty of time to think about how this could happen. What had gone so wrong that we would blow everything we’d created? And was it just us or was this common in partnerships?

On the surface, all looked good;  it often does. We’d worked together for nearly 12 years, eight as partners. We liked each other. Had monster success. Great employees. Great energy. Fierce creativity. Relentless confidence. Happy clients. Kudos. Awards. Respect. Fun.

Yet here we were.

I was furious as a cornered rattlesnake, spewing what I now know to be predictable post-breakup blame-venom. Mostly I felt like a partnership pariah. It was not my finest moment.

While I was not completely clueless as to cause, I had to clear this up before I could put my toe in any waters again, let alone business. It took awhile, but figure it out I did. I also discovered that what happened to us was really common. In fact, not only was it not just us, but that it’s pervasive. Worse, most parting partners don’t bother with the forensics. They just move on to the next thing and stay angry.

FYI: Anger doesn’t bode well for any next thing.

What led to our downfall?  Stuff that happens every day. Simple, stupid, senseless human stuff. There doesn’t have to be a big drama or trauma; not even a defining moment. And it’s rarely about someone robbing the bank account, ‘tho that does happen. Partnerships turn into Partnersh*t because we take our eye off the human ball and it rolls right over us.

What is Partnersh*t? Here’s a taste (and it’s bitter).

There’s more—how much time do you have to dissect thoughtless human behavior?—but you get the gist.

Virtually all Partnersh*t is preventable.

Co-owners fixate on the business and forget about each other; it’s the nature of business. However, the nature of Partnersh*t is like that cornered snake:  nasty and aggressive. You get bit and the poison spreads until it eventually kills you.

Don’t risk all you’ve built over this nonsense. A great partnership will be your best business asset. Build it and care for it. Nobody should ever let a good partnership go bad. Plus, two’s more fun than one.

Here are four of the most senseless mistakes that, given an inch, will pulverize a partnership. This isn’t Vegas, so there is no right amount of wrong. You must stop this stuff cold.

Senseless Mistake #1: Not Understanding It’s All About People.

Harvard Review writer Dan Pallotta says, “Only humans could routinely overlook human beings as an important part of the mix in the discussion about business. It should come as no surprise. These issues a) aren’t as fascinating as corporate ethics and finance, b) are messy, and c) often hit too close to home. It’s no wonder they get pushed aside.” [1]

Ahhh, humans . . .; they miss what’s right in front of them. You’d better get fascinated—and aware—fast, because one thing is for sure: human is as human does.

Become a Jedi about awareness—self and other. Know what you and your partner feel, see, think, love, hate, want and so on. Use all your faculties including intuition. Learn to spot the Lance Armstrongs of the world. (C’mon, we all knew. We just didn’t want to believe.)

Get to know as much about the character and background of the person you’ve chosen to partner with as you would someone you marry. Turn off the cell phones, shut the door and start talking. Ask good questions. And listen to the answers.

Here’s a cool Maya Angelou-ism: People will tell you who they are. All you have to do is listen.

Partners get into the “I know” rut when it’s time to listen and ears slam shut like a door on a vacuum cleaner salesman. Of the 70 to 80 percent of the waking hours we spend communicating, 9 percent is spent writing, 16 percent reading, 30 percent speaking and 45 percent listening, says a University of Missouri study that also confirms most of us are poor, inefficient listeners. Think we have some work to do in this area? Our minds travel faster than any mouth. We get bored, critical, judgmental, hear via our filters and generally check out. Bottom line is we’re not present.

Get present. Silence the judge.  You are going to hear things you don’t like; that’s not the point. The point is to listen. You’ll hear, “I hate it when you take over every meeting,” or “You share too many business secrets with your wife.” Nobody has the right to make anyone wrong, and anyway, when you judge it’s you who’s on the stand. Take the time it takes to ask. Listen. Absorb. Understand. Accept. Or reject. If differences emerge that are just too huge, you’ll be able to make an informed decision to leave the partnership like an adult, not a two-year old.

Senseless Mistake #3: Not Being Accountable

Start each and every meeting by declaring your intention. Declaration is the very core of accountability. You might say, “My intention is to solve the problem I am having regarding your tardiness every day.” (Don’t make your problem your partner’s problem. For them, it might not be a problem.) Your partner might say, “My intention is to explain why I choose to come in at 1pm.“  From the get-go, you have both created a mindset of breathe/discuss/solve, rather thanconstrict/blame/fight. This formula will work for any issue that crops up with anyone in your life. Make this a habit. Intention is the red carpet to problem solving.

Senseless Mistake #4: Not Being Grateful.

The era of the greedy oinker exited with Gordon Gekko. The best partners are strong and soft; they are that way because they’re grateful. Take a look at the magic of Warren Buffet and his partner of nearly 50 years, Charlie Munger. This is no accident. They got it a long time ago. More and more, you hear the words business and gratitudetogether. Also no accident. It signals an important shift; head and heart are intersecting. This is good news for all.

Be grateful. Be nice. Yes, it’s that simple. Imagine the respect between Buffet and Munger; imagine how grateful they are for all they have built. So are their employees, shareholders, customers and families. Gratitude runs like a river through your life, creating fertility, abundance and strength. So when the sky is falling, and it will, you won’t need to become Chicken Little. Instead, ask yourself, “What am I grateful for?” It will shape your approach to finding a solution. Ask your partner this same beautiful question when they’re having a bad day; it will defuse even the most jacked-up monster.

Business is tough. And also fun. Things go wrong. And much goes right. We make mistakes. And hit home runs. So take the time to prevent what is preventable. Even the best partnership goes off the rails now and again. Don’t throw the baby out with the Partnersh*t bathwater. It’s worth saving. Fight for it. You’ll be grateful you did.

What We’ve Been Talking About

What I Have Learned Is This